Max More, PhD, is a strategic philosopher recognized for his thinking on the philosophical and cultural implications of emerging technologies. His contributions include founding the philosophy of transhumanism, authoring the transhumanist philosophy of extropy, and co-founding Extropy Institute, an organization crucial in building the transhumanist movement since 1990. He is the Ambassador and President Emeritus of Alcor Life Extension, after serving as CEO and President from 2011 to 2020. His knowledge of economics and politics brought caused him to develope the “Proactionary Principle”, a tool for making smarter decisions about advanced technologies. Max received a Doctorate in Philosophy in 1995 from the University of Southern California after completing a degree in Philosophy, Politics, and Economics from Oxford University. 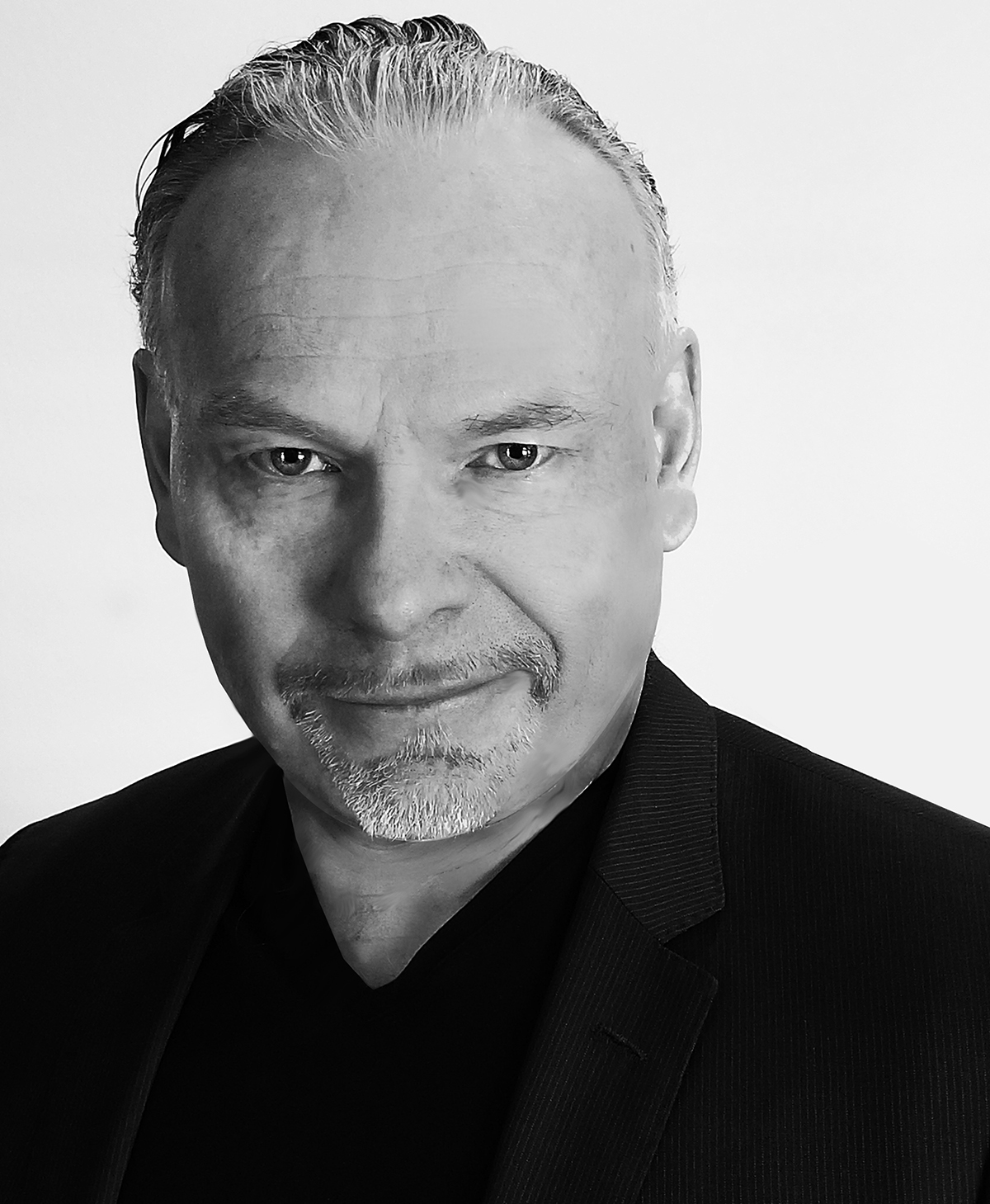 WHAT DOES HE DO?

Dr. Max More is an internationally acclaimed strategic futurist who writes, speaks, and organizes events about the fundamental challenges of emerging technologies. Max is concerned that our rapidly developing technological capabilities are racing far ahead of our standard ways of thinking about future possibilities. His work aims to improve our ability to anticipate, adapt to, and shape the future for the better.
In developing, communicating, and implementing better ways of foreseeing possible futures and of making decisions under growing uncertainty, Max takes a highly interdisciplinary approach. Drawing on philosophy, economics, cognitive and social psychology, management theory, and other fields, he develops solutions and strategies for minimizing the dangers of progress and maximizing the benefits.
Currently, Dr. More is the Ambassador and President Emeritus of Alcor Life Extension, after serving as CEO and President from 2011 to 2020.
As a bit of history, Dr. More co-founded and until 2007 acted as Chairman of Extropy Institute, a diverse network of innovative thinkers committed to creating solutions to enduring human problems. He authored the Principles of Extropy, which form the core of a transhumanist perspective. As a leading transhumanist thinker, Max strongly challenges traditional, limiting beliefs about the possibilities of our future. At the same time, he tempers visionary aims with analytical and practical strategizing.
As a writer, Max has authored dozens of articles and papers on topics including how to improve and apply critical and creative thinking, especially about uncertain future possibilities; the ethics of biotechnology and other technologies that directly affect humans; the philosophical implications of technological transformations of human nature; and strategic futures thinking in business. He recently wrote the Proactionary Principle, the latest of influential pieces that include “The Principles of Extropy”, and “A Letter to Mother Nature”. He is currently working on a book, tentatively titled Beyond Caution, that responds to resurgent neophobia with a spirited yet balanced defense of progress.
As a speaker, Max frequently lectures at conferences and companies, gives seminars, and engages in debates and panel discussions on issues surrounding the impact of emerging technologies. Known as a highly capable communicator, he is able to synthesize diverse areas of knowledge and communicate the results clearly and insightfully.
As an organizer, Max brings together a diverse range of thinkers, scientists, philosophers, artists, and entrepreneurs to examine technological and social trends and then form individual and organizational strategies for flourishing in a time of accelerated change.
As a consultant, Max (as part of the ManyWorlds team) works with companies and other organizations to improve strategic futures thinking and weave it into regular decision-making and innovation processes. This includes analyzing the interaction of technological trends, and developing strategic scenarios.
His academic background: Max has a degree in Philosophy, Politics, and Economics from St. Anne’s College, Oxford University (1984-87). He was awarded a Dean’s Fellowship in Philosophy in 1987 by the University of Southern California. Max studied and taught philosophy at USC with an emphasis on philosophy of mind, ethics, and personal identity, completing his Ph.D. in 1995, with a dissertation that examined issues including the nature of death, and what it is about each individual that continues despite great change over time.
He is currently writing a book on the forces driving us into the future and how to apply cognitive and strategic tools to improve our thinking about the resulting issues.

Born in January 1964 in Bristol, in the Southwest of England of half-English, half-Welsh ancestry. Married since 1996 to Natasha Vita-More. After living for 15 years in the Los Angeles area, Max moved to Austin, Texas in 2002 and to Scottsdale, Arizona in 2012.
At least since watching the Apollo 11 moon landing at the age of 5, Max has always been fascinated by the possibilities offered by technology for overcoming limits. He started a personal life extension regimen in his early teens, and created several publications to discuss ideas about space colonization, life extension, cognitive enhancement, and liberty. His deep interest in economics shifted increasingly to philosophy as he formulated a “big picture” of possible futures. At the age of 40, More has been writing about these ideas and organizing practical activity for over 20 years. Before moving to the USA in 1987, he incorporated the first biostasis organization in Britain, generating considerable media coverage. His doctoral work on personal identity analyzed the effects of technology on the self, and alternatives to current conceptions of death and identity.

Max More has become a widely recognized thinker on the philosophical and cultural implications of advanced, emerging, and future technologies. Echoing the words of his instructors throughout his education, reporters have noted his ability to explain clearly and persuasively radical and complex ideas. Jim McClellan, in his major 1995 Observer (UK newspaper) article, said: “The funny thing about Max is that while his ideas are wild, he argues them so calmly and rationally you find yourself being drawn in.”

Max’s ideas and background have been described in publications such as Wired (where Ed Regis described him as “the primary intellectual force behind Extropianism”) The Village Voice, Icon, Knowledge@Wharton, The L.A. Weekly, GQ (Britain), GQ (Spain), The New York Times Magazine, Focus, .net, and c’t (Germany), the national UK newspapers The Observer, The Guardian, and The Sunday Times.

His ideas have been discussed in books including Gundolf Freyermuth’s Cyberland, Brian Alexander’s Rapture: How Biotech Became the New Religion, Damien Broderick’s The Spike, Chris Dewdney’s Last Flesh, Mark Dery’s Escape Velocity, Flesh and Machines: How Robots Will Change Us, by Rodney Brooks, Erik Davis’s Techgnosis, among others.

Television and video appearances include a bioethics debate on Crossfire, two series on The Learning Channel and the Discovery Channel, documentaries in France, Switzerland, Spain, the Netherlands, Russia, Chile, and Belgium, the Terry Wogan Show (then Britain’s top talk show); CNN’s Futurewatch; the CBS series Mysteries of the Millennium; several appearances on Breakthroughs: A Transcentury Update cable TV show; the documentaries New Edge and the theatrical release Synthetic Pleasures; and many other television and radio shows. Dr. More’s thinking has been discussed in a dozen books. He has also appeared in at least two novels, but continues to insist that he is a real person.

When not working, he may be found scuba diving, skiing, shooting, or in the gym weight-training or running, or at home playing with his cats Quark and Quasar and his dog Oscar.

AND? DON’T BE BASHFUL…

Marvin Minsky, “the father of artificial intelligence”, said of Dr. More: “We have a dreadful shortage of people who know so much, can both think so boldly and clearly, and can express themselves so articulately. Carl Sagan was another such one—and (partly by paying the price of his life) managed to capture the public eye. But Sagan is gone and has not been replaced. I see Max as my candidate for that post.”
Ray Kurzweil, author, inventor, and winner of the Presidential Medal for innovation in technology said: “Max More’s ideas are very influential among other “big thinkers,” who in turn are influence leaders themselves. Max’s writings represent well grounded science futurism, and reflect a sophisticated understanding of technology trends and how these trends are likely to develop during this coming century.”